In the animated MMORPG Tower of Fantasy, you can not only explore the open game world with your own character, but also change your appearance using the simulacra (weapons). We’ll show you which characters are available and what skins they offer you.

These are simulations: A simulacrum in Tower of Fantasy is nothing more than a hero that you can play as. All you need is the corresponding weapon, which you can get through the Gacha system, i.e. in-game Lootboxes, with a small chance of getting it.

These are all the current Tower of Fantasy characters

Organic : As the current leader of the HT201 shelter, Bai Ling is responsible for daily operations and combat command. She only recently took over, so she still seems a bit overwhelmed and nervous at work.

Organic : His unconditional faith in everything and everyone is sometimes concerning, but behind this supposed naivety lies a firm determination to save as many people as possible through his healing arts.

Organic : Where Crow is, fun isn’t far behind! He’ll show you his collection of daggers with a proud chest, perform fascinating dagger tricks, or crack a plethora of terribly embarrassing pranks. 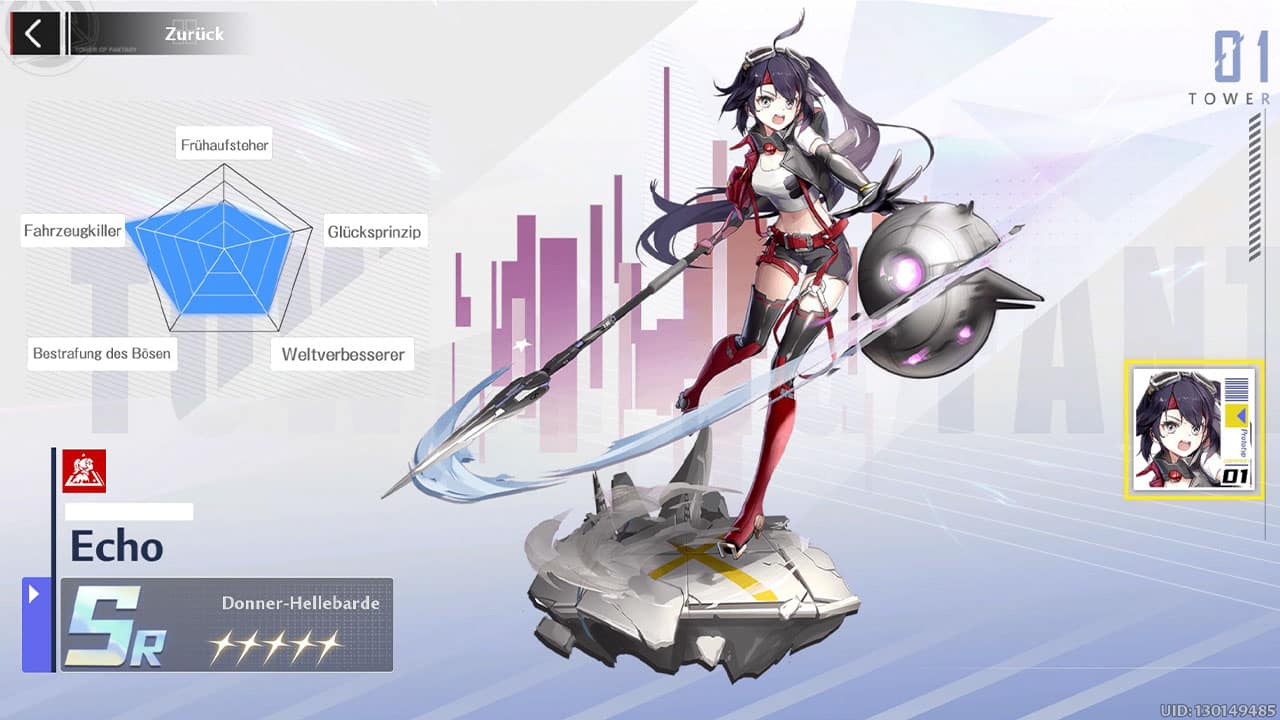 Organic : Echo was born in Warren and always dreamed of leaving the land of eternal snow to see the rest of the world. When she was nine years old, a sudden avalanche destroyed her home. Her parents were able to save her, but perished themselves. She was rescued by a traveling merchant and taken to an institution in Banges. 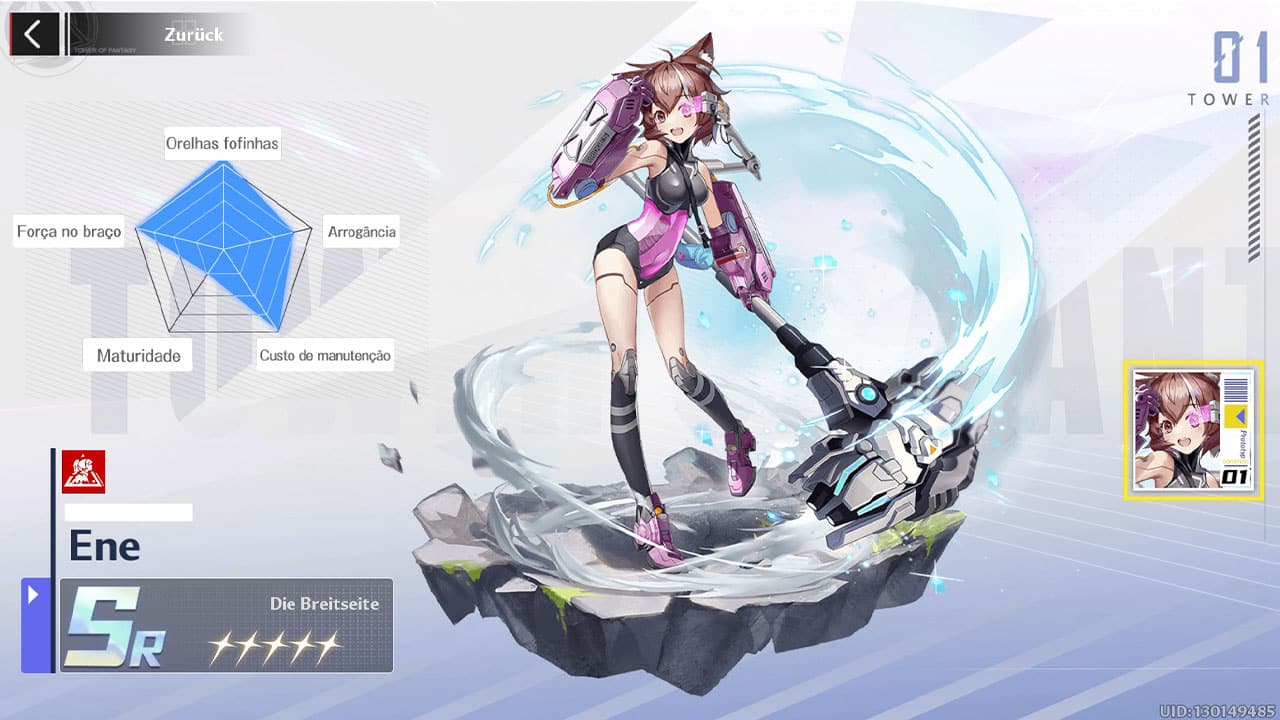 Organic : During the Old Federation era, the private military company Victoria planned to develop a series of elite battle androids. Ene was the prototype of the program. Ene then obtained her human rights as the daughter of the CEO of Victoria. 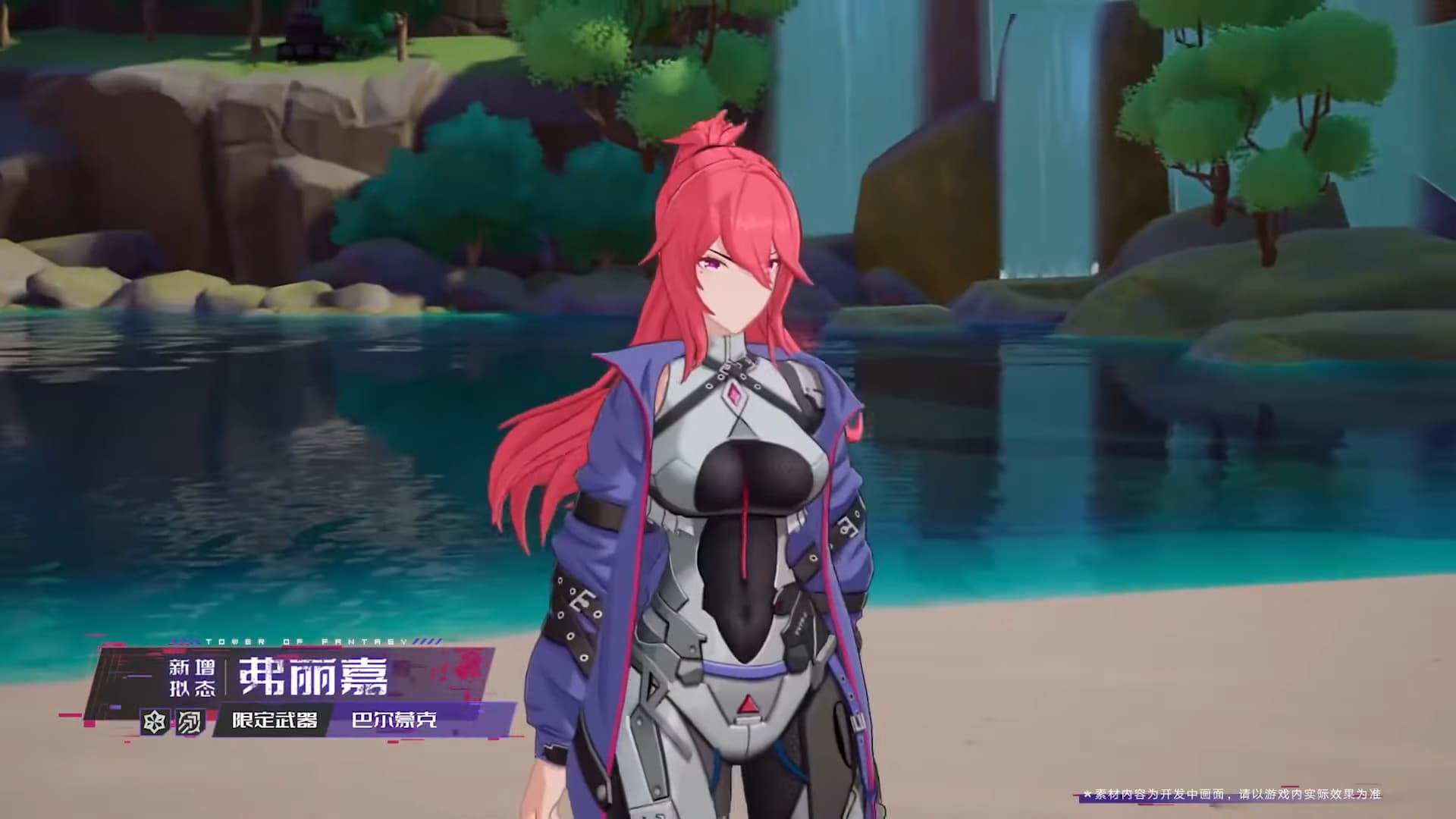 Organic : An angel of mercy and the right hand of the wise, whom she followed for better and for worse. Taciturn and direct. She has her own vision and philosophy of life. 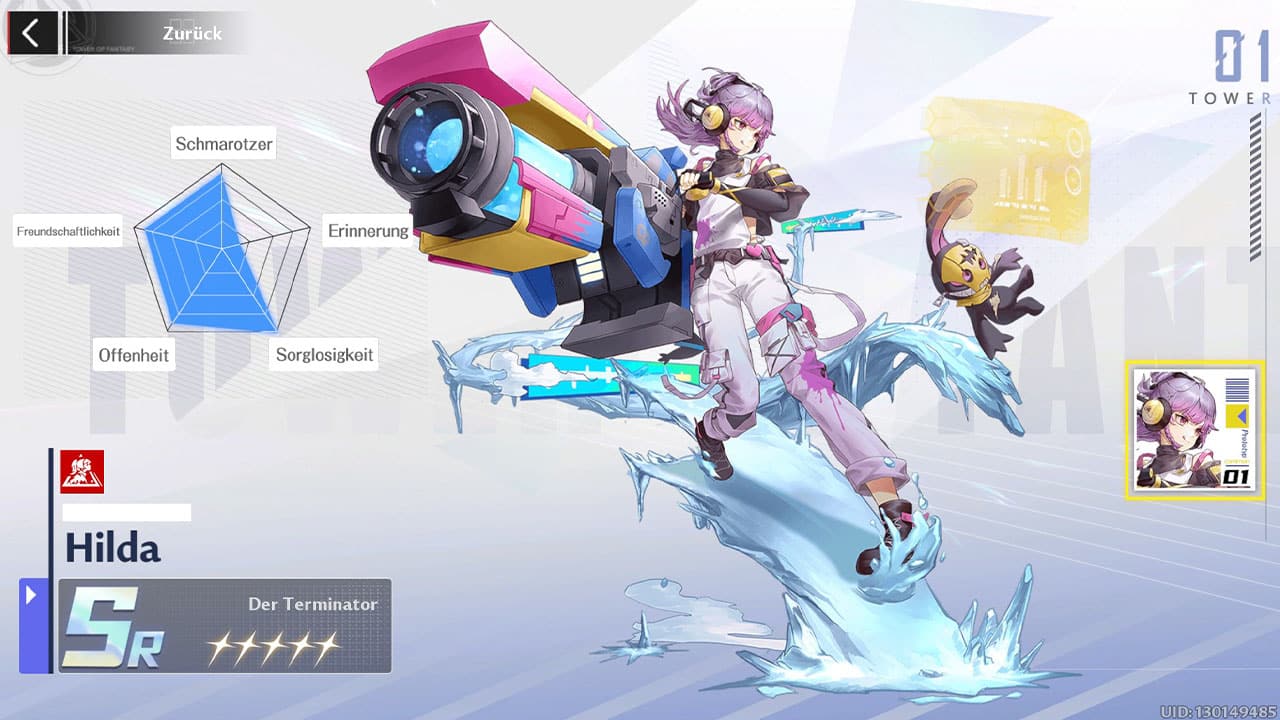 Organic : Hilda is the “superstar” of the port of Banges and is not unknown to the town’s inhabitants. She loves her hometown very much and would do anything to protect it. Hilda has no fixed vocation and prefers to wander around the port. In doing so, she does this and that for the shops to earn some pocket money.

Organic : A girl whose illness has given her strange powers. She is currently being treated in Hykros. For some reason, Huma lost all memories of his past and his old personality. Since his awakening, knowledge of the world of Huma is limited to Hykros. Everything else is scary and makes her nervous.#

Organic : His impetuous attitude and his extravagant style of dress are the two expressions of his strong personality. Violence is his favorite tool to solve problems and get what he wants. His motto: “Money makes the world go round!”

Organic : A veteran Hykros fighter who can handle even the most dangerous missions with his masterful swordsmanship skills. Her reserve and supposed insensitivity make her appear distant, but appearances are deceiving.

Organic : Underwent a debilitating mutation process before Aida’s heirs performed procedures on her, transforming her into an Angel of Grace. Although she is actually quiet and introverted, under the mind control of the leader of the Aida Heirs, the Sage, she turns into a ruthless killing machine. 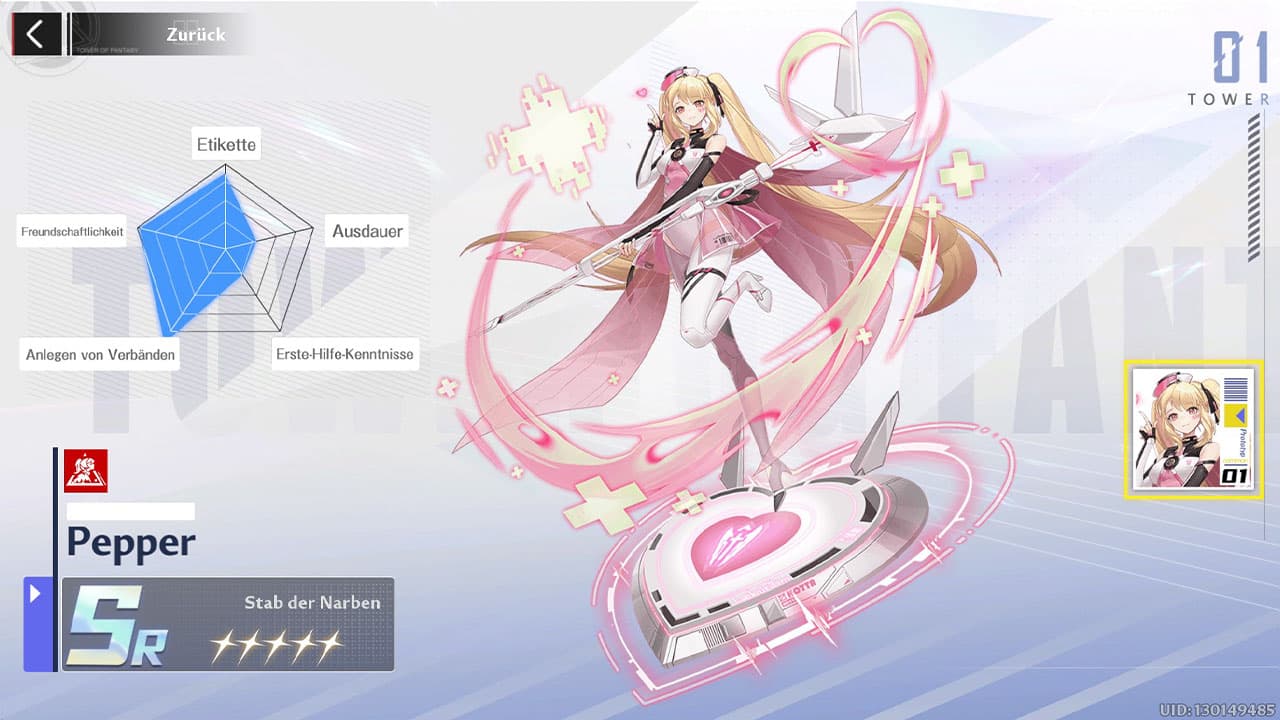 Organic : Coming from a wealthy family in Banges, she received an above-average education and always behaved in an exemplary manner. However, one day she and her family were attacked by outliers along the way and her parents “died” losing their suppressors. But they are not really “dead”. They became Aberrants themselves and Pepper asked that they be spared. Now they are kept under lock and key somewhere by Hykros.

Organic : A free and carefree spirit, but at the same time the quintessential gunslinger among elite law enforcement. Never miss an opportunity to play tricks on others.

Organic : Conversations that don’t have the sea as a subject of conversation are practically impossible with this passionate scientist. She transformed a major part of a desalination plant into a tough and resilient defensive weapon.

Organic : The secret to his bow skills lies in his understanding of gravity and wind. Her lively personality makes it easy for her to make new friends, but she doesn’t really seem to belong anywhere.

Organic : A computer whiz who appears to be about 15 years old. He deliberately destroyed all data and information about his true identity. He is intelligent, very ambitious, haughty and has no sense of anything that seems trivial to him.

All other Tower of Fantasy characters

Not all characters can be played yet, but we already know that more will come. You will already encounter some of them in the game as NPCs. 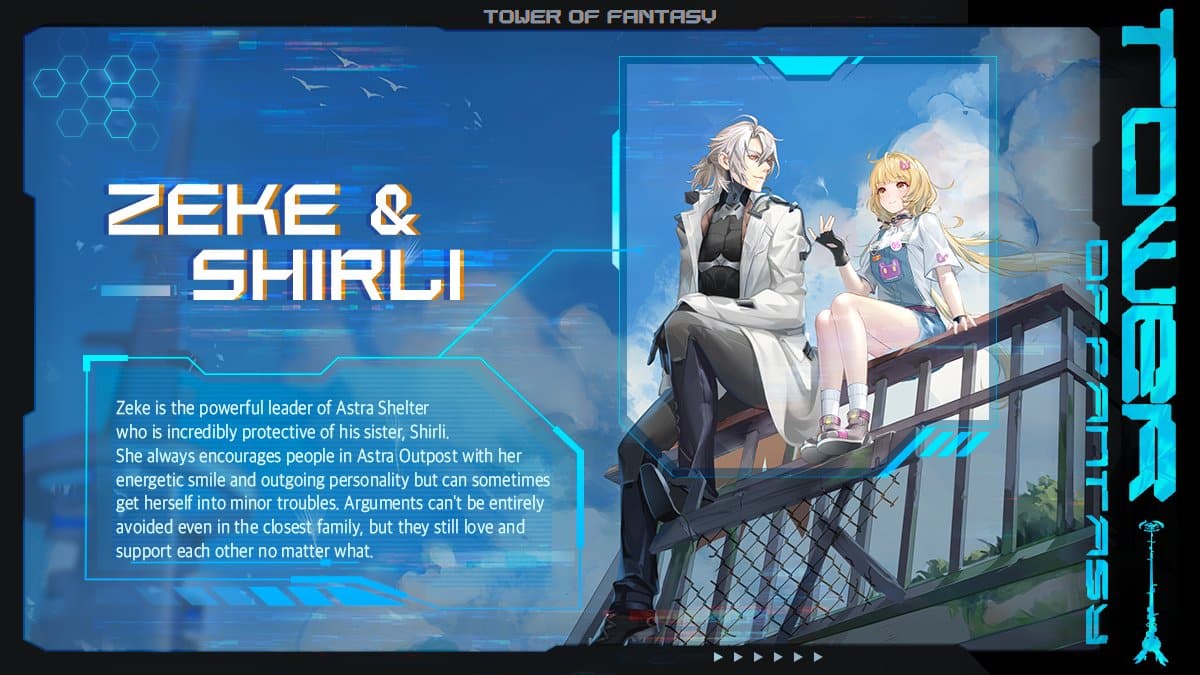 Organic : As leader of Astra’s Refuge, Zeke feels compelled to protect those around him. Usually shows no emotion, but is extremely caring when it comes to his little sister Shirli – his only living relative. He is generally calm and composed, but quickly becomes ballistic when it comes to Shirli.

Organic : A cheerful, outgoing, and wild girl who wants to take care of other people’s problems, just like her big brother Zeke. Along with Zeke, she saved you as a player when you passed out near the shelter.