Trending
What? So a new Japanese cartridge manufacturer? That’s what I thought when Phillip Holmes of Mockingbird Distribution dropped me three cartridges of DYLP Audio. I’ve never heard of it, but I hadn’t heard of MuTech either when Holmes sent me one of that company’s $4500 RM-Kanda (now Hyabusa) moving coil cartridges, which I reviewed in the analog corner of the March 2019 issue. If that cartridge isn’t on your moving coil radar, you need to put it there.

Holmes sent three Chinese-made DYLP audio cartridges: the MC Ruby-1, MC100 Mk II and Mono. All are part of the Windbell series, and all are nicely presented in nicely finished wooden boxes with QR codes on the glossy outer packaging that you can scan to access the company’s website, lpaudio.cn. Go there and you will see a huge range of cartridges, although the English version of the website is confusing.

Business owner Lao Peng founded Lao Peng Vinyl in Shanghai in 2001. In 2009 he started designing and manufacturing moving magnet cartridges and doing cartridge repairs. Holmes says Mr Peng – Lao appears to be a prefix, not a surname – who doesn’t speak English, doesn’t like being the front person in the business and was hesitant to sell his products in the West.

In 2010, the company moved to Nancheng, Dongguan, Guangdong, where Peng established Lao Peng Vinyl Studio. The company has undergone various name changes and, as Dongguan Vinyl Audio Technology Co., Ltd., has been producing MC cartridges since 2011. In 2018, the company expanded and converted into what it calls a ” standardized factory production”. Photos in a promotional PDF show a well-organized and well-lit factory with at least six workstations, each equipped with a large stereomicroscope (see photo). It’s anything but a clandestine operation. (Holmes said they were in the process of moving to a larger facility.)

Cartridges are the company’s main product, but it also has its own factory producing diamond styli, mainly for spherical styli, although it produces other profiles, including a “tri-angle conical” stylus “, which Holmes likens, speculatively, to a “Shibata budget”.

The company’s products are just beginning to be imported into America (footnote 1). Holmes told me he only received his large order of cartridges after “pushing and harassing” Peng for more than five years. I almost hesitated to add this quote, but Peng can’t read English, so why not?

Holmes added that the Chinese are now into “direct distribution”, so rather than acting as a distributor, Holmes’s Mockingbird will act more like a partner, and it will get a lower percentage.

On eBay I found a model called DYLP Audio NATURE WOOD MC for $2899. Apparently, the three cartridges reviewed here are at the low end of the company’s product line.

The NATURE Ruby-1™
DYLP Audio makes two versions of the wood-bodied Ruby-1 MC. One features a genuine Swiss-made Gyger FG II stylus, the other features a Gyger FG S. The FG II profile is elliptical at 6 µm × 70 µm. The FG S is a 5µm × 70µm trapezoidal, which is more like a cutting stylus. Both are fitted by DYLP with ruby ​​cantilevers. 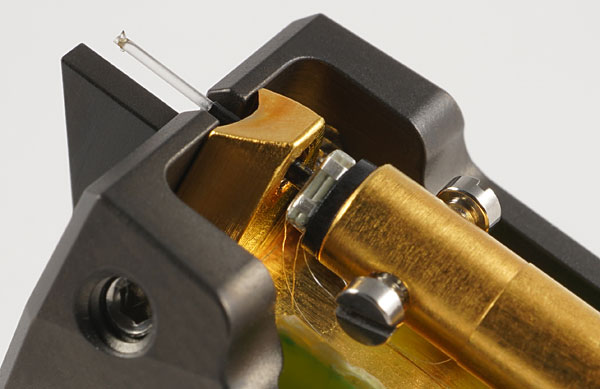 There was little to be gained, I thought, by mounting a $1200 cartridge on the OMA K3 Schröder or Acoustic Signature TA-7000 NEO tonearms. However, an $8995 “Classic” SME 6 model was under review (see below). This is what I used to audition these cartridges.

With the VTF set to 2.4g and the arm slightly above parallel to the disc surface, I measured approximately 93° SRA. A good start. With the headshell parallel to the recording surface, I measured channel separation within 2dB, at 29dB (LR) and 27dB (RL). With a bit of tweaking I was able to easily get it within 1dB which means this is a well built MC cartridge and good value considering the ruby ​​combo /gyger. It tracked the 70µm tape of the Ortofon test recording without distortion but struggled at 80µm. This is acceptable MC traceability in my opinion, not a problem when playing music.

I ran the SME Exit 6 in the ridiculously good $1500 Hegel V10 phono stage (EISA award winner). For a company that exists primarily in the digital world, Hegel hit the nail on the head with its first analog product. 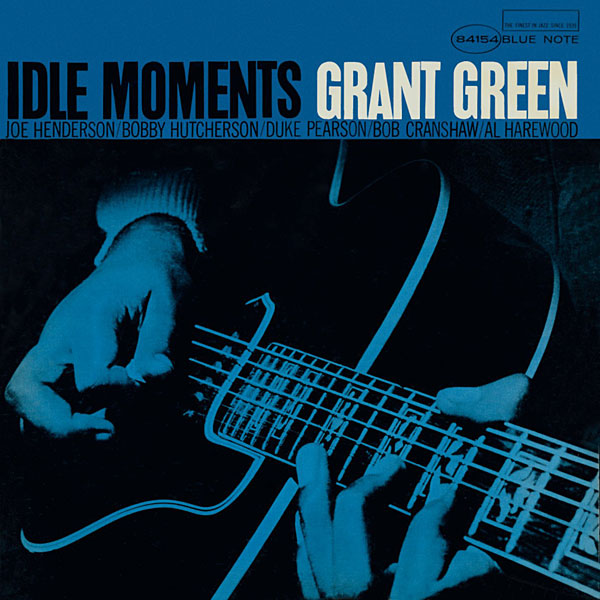 Grant Green’s Idle times (LP, Blue Note Classic Vinyl 3579910), played through this relatively modest front-end in – well, you know what else is here – produced a seriously enjoyable, warm yet reasonably detailed image. Bob Cranshaw’s bass was “kiss your face” warm but not overly zaftig. Bobby Hutcherson’s vibes sounded great front and center, and Joe Henderson’s saxophone had a lush but reedy signature. This title from the recently reissued Blue Note Classic series is a “must have” jazz title. 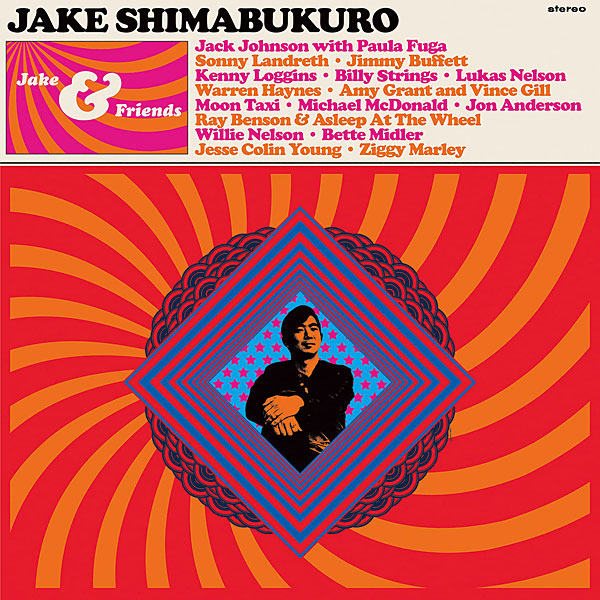 Ukulele player Jake Shimabukuro, who toured CES a few years ago performing live at half a dozen venues (remember that?), recently released Jacques and his friends (MTR76511), a double LP featuring 16 duets with high-value friends including Jimmy Buffett, Bette Midler, Jack Johnson, Sonny Landreth, Jon Anderson, Willie Nelson, Vince Gill and Kenny Loggins. Nice bunch of friends. The word “delicious” comes to mind, as does “sweet, relaxing respite from a world gone mad”. It’s a well-recorded set with minimal gimmicks and studio slag. It almost sounds like a direct from the microphone to ProTools. ProTools got many better sound.

Ruby-1’s relaxed, warm, yet pleasantly detailed delivery of this fun, well-recorded piece of sunshine was enjoyable. The image was generously sized, with well-focused images. A satisfying attack and generous sustain and decay produced the kind of sounds that can keep you listening for hours. The stylus navigated smoothly through the grooves, handling vocal hiss well. Yes, Jake’s uke sounded slightly soft, surrounded by more heat than necessary, but on “All You Need Is Love”, damn if Ziggy Marley wasn’t in the room. The combination of a rigid ruby ​​cantilever, Gyger stylus and wooden body produced an appealing combination of warmth, detail and speed.

The Ruby-1 FG II faces stiff competition – no joke of compliance – from similarly priced cartridges such as the Hana ML, but it’s up to the challenge.

The $350 Windbell MC100 Mk II
The cartridge body was too wide for the SME headshell, so I replaced a Technics headshell that doesn’t have side flaps. Out of the box, this modestly priced cartridge, which produces 0.3mV and tracks at 1.8g, sounded lively and kept a firm, thrilling grip on the rhythmic thrust of the music. It tracked the 70µm tape of the Ortofon test recording cleanly, but not the 80µm tape. Not a problem unless you’re mainly listening to test tones. 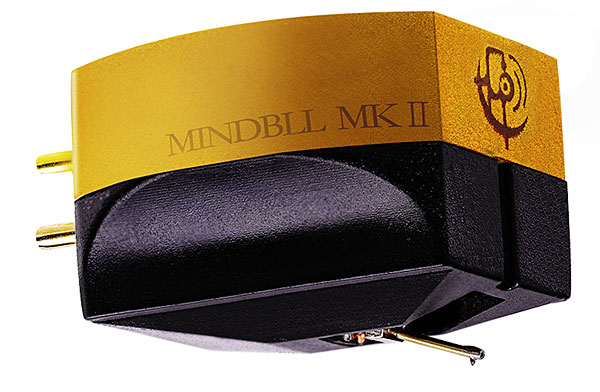 The MC100 Mk II presented Shimabukuro’s record on a flatter and somewhat narrower stage, but the bass was tighter (although somewhat less extended) and the transients were presented nimble and clean, though certainly somewhat softened. Sonny Landreth’s track “Sonny Days Ahead,” which slipped through while listening to Ruby-1, surprised me by jumping up and grabbing my attention. This cartridge produced more sonic enjoyment and delivered more adrenaline than I expected.

Going back to Grant Green’s record, the spatial qualities of the recording were somewhat flattened and the articulation of detail was somewhat muted, but there was a pleasing “snap” to Al Harewood’s drums, and while that Cranshaw’s bass was less articulated, it seemed to have more weight.

Slightly softer attack (Hutcherson’s vibes didn’t quite ring the bell), less generous sustain and definitely a bit of decay greed, but none of that interfered with what sounded like to a flat and honest tone presentation. Even though it’s an MC, the sound reminded me of what MM enthusiasts love and claim MCs don’t provide: linearity.

The $325 Windbell MC100 Mono
The MC100 Mono is built into the same body as the MC100 Mk II, so it wouldn’t fit in the SME headshell either. The MC100 Mono has a spherical stylus, presumably 0.7 mil. It outputs 0.3mV and tracks at 1.9g. This mono cartridge would have over 25dB of channel separation! (A printing error, obviously.) The windings of the coil give the impression do not be a “strap” stereo cartridge. 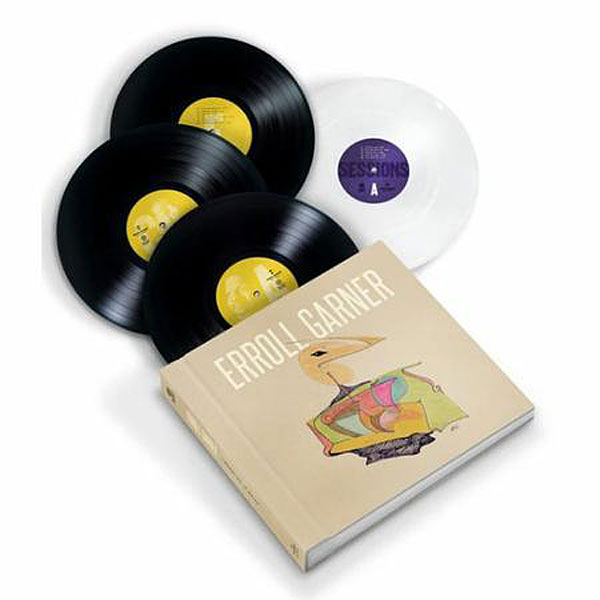 The first mono disc I played was a test pressing of Erroll Garner’s box set, Liberation in Motion: Centenary Collection (Mack Avenue 673203118713). This is a beautifully crafted tribute featuring the pianist’s 12 releases on the Octave Records label (do not PS Audio’s new Octave Records) as well as an unreleased concert at Boston Symphony Hall in 1959 (on 3 mono LPs). The recording was processed by Plangent. 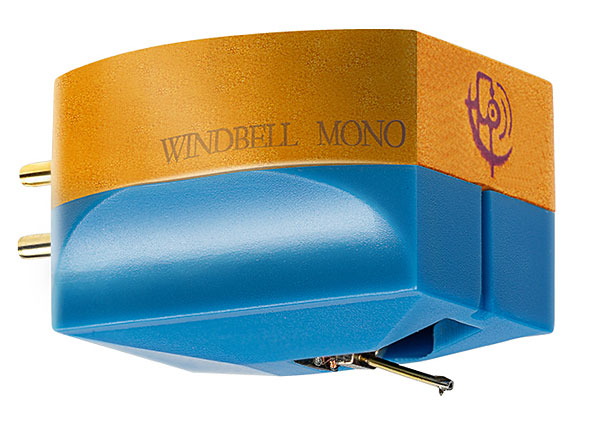 Some jazz snobs despise Erroll, with his grunt and right-hand manner, but the energy, vitality and fun of his playing have a unique charm. Plus, he wrote the classic “Misty.” The MC100 Mono showed the transient clarity and overall transparency produced by Plangent Process.

Mono recordings produced in large symphonic spaces often exhibit an unearthly three-dimensionality. This Symphony Hall recording is a good example. When the audience applauds, it’s in 3D space, well behind the piano. The image is transient, transparent and, like the artist, simply fun. Kelly Martin’s cymbals sound like you’d hope to hear them live. The piano never tinkled or lost its own woody sound.