After a few days under your duvet watching Netflix (or CNN), you’re good to go. Fortunately, this last weekend of February is full of activities that will transport you everywhere from ancient Egypt to the world of 007. Spookadelia 4: The Curse of Nova Ito has now been extended through March at Space Gallery, and Meow Wolf opens its party portal, with Danceportation running from midnight to 4 a.m. Sunday.

Check out our list of free events here and keep reading for ten more of the best things to do in and around the city, all worth the price of admission.

2022 WinterWonderGrass
Until Sunday 27 February
Upper Knoll Lot, 2160 Mount Werner Circle, Steamboat Springs
Bluegrass takes over Steamboat for the weekend when WinterWonderGrass descends on northern Colorado’s ski paradise on Friday and keeps the pace hard and fast through Sunday. The festival fills four stages with music (including big names like the Travelin’ McCourys and Trampled by Turtles) daily from 1:30 p.m. to 11:00 p.m.; after that, the nightlife and more music starts at local clubs and bars at 10 p.m. Ticket options range from $20 to $439 at Eventbritebut hurry: some of them are already sold out.

DCPA Colorado New Play Summit
Launch weekend: Saturday February 26 and Sunday February 27, readings at noon and 3 p.m. daily
Festival weekend: Friday March 4 from 11 a.m. to midnight and Saturday March 5 from 9 a.m. to midnight
Bonfils Theater Complex and Seawell Ballroom, Denver Performing Arts Complex
The DCPA Theater Company’s Colorado New Play Summit is back, with two weekends of new play readings, special events, and two optional New Play Summit winners world premiering — In the Cenacle and Kate Rattlesnake – in the Killstrom and Wolf theaters. The idea is to experience and give feedback on draft reads during the first week, then come back the following week to see how the games have improved. It’s an inside view of how scripts become games, with your input taken into consideration. Learn more and find ticket options, including packages and a la carte prices, here.

Carnival
Saturday, February 26, 5 p.m. to 2 a.m.
Mercury Cafe, 2199 California St.
Invisible City returns with its first event in many moons: Carnival, which showcases the music and culture of the world’s biggest party with DJs and live performances, including a jazz set and free champagne for those who wish. arrive before 6:00 p.m. The hours culminate with performances by samba extraordinaire Ginga and Grammy-winning musician Eric Benny Bloom. Tickets are $35; Catch them here.

Spy bar
Saturday February 26, 7 p.m. and 9 p.m.
Factory Fashion, Stanley Marketplace, Suite 200, 2501 Dallas Street, Aurora
If you’ve ever wanted to live the 007 lifestyle, A Gold Tooth Collective and Factory Fashion will make that dream come true for a night at Spy Bar, a pop-up serving Bond-approved shaken and unstirred cocktails, live music and missions. secret. Bond boys and girls are invited to arrive dressed to kill, via a private entrance to Stanley Marketplace. Get tickets, $20, and reserve a spot at one of two two-hour sessions on Eventbrite.

Welcome to the holiday portal.

Meow Wolf opens its party portal with a dance party from midnight to 4 a.m. that will spread throughout Convergence station. The event will feature nine DJs, including local artists Collin McKenna, LA Zwicky and Peer Review. Last call for drinks is at 1:30 a.m., but the fun will continue until four. Tickets are $85; get yours here.

Soul Stories @ The Merc: Work
Sunday, February 27, 2 p.m. to 4:30 p.m.
Mercury Cafe, 2199 California Street
Soul Stories, a creative organization bringing people together through conversations and stories, is back — on a monthly schedule — at Mercury Cafe. This month, the discussion covers all aspects of work, and guests are encouraged to be prepared to share personal sweat stories on both public and private issues. Admission is a suggested donation of $5-$10 at the door; find details here.

Denver Jewish Film Festival
Until March 1
Elaine Wolf Theatre, Mizel Center at J
The 2022 Denver Jewish Film Festival offers in-person and on-demand screenings, as well as an “all-virtual festival” starting Feb. 23. More than thirty films are on the program. On Sunday, February 20, in-person films include Here We Are (With a Father’s Kaddish) at 1 p.m., followed by a panel discussion and Q&A with Mizel Arts and Culture Managing Director Richard Cowden ; Ari Shahbazi, JCC Ceramics Studio Program Manager; and Steven Branfman, a ceramist who is the subject of the film. Get all the festival details here.

A wall of hieroglyphs of Egypt: the time of the pharaohs.

Courtesy of Denver Museum of Nature and Science

Egypt: the time of the pharaohs
Open daily, 9 a.m. to 5 p.m.
Denver Museum of Nature and Science, 2001 Colorado Boulevard

The lives of the pharaohs and the mysteries of ancient Egypt, from its ornate sarcophagi to pictorial hieroglyphics, never cease to tease the human imagination, making Egypt: the time of the pharaohs an instant blockbuster for the Denver Museum of Nature & Science. By combining elements of history, including marvels of architecture and engineering, cultural rituals, the invention of record keeping and written language, and the art and artifacts of a kingdom lost, the show answers the questions without spoiling the romance of it all. Admission to the exhibit is $7-$9.50 (in addition to regular museum admission); buy tickets and register for a timeslot here. 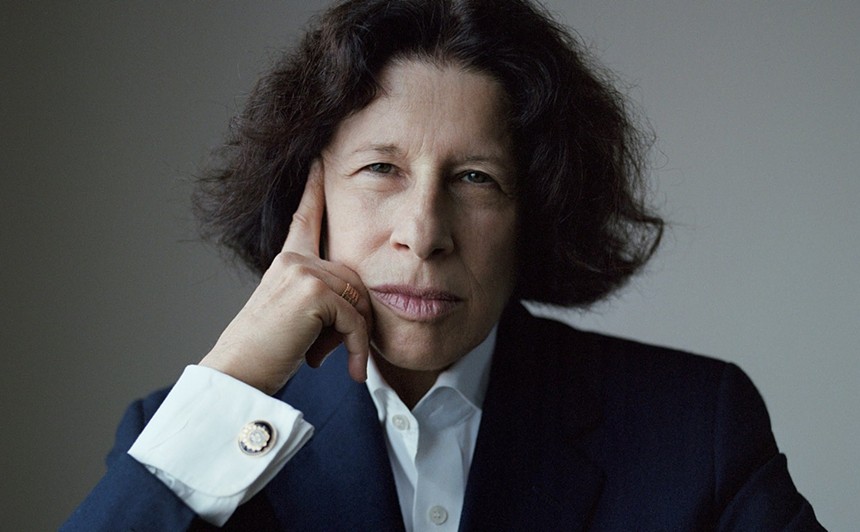 In a cultural landscape filled with endless talking heads, writer Fran Lebowitz stands out as one of the nation’s most insightful social commentators. The subject of Martin Scorsese’s recent Emmy-nominated Netflix series, Pretend it’s a city, Lebowitz is now on a national tour, offering his acerbic views on current affairs and the media. The discussion will be moderated by Westword editor Patricia Calhoun. Tickets start at $35; Catch them here.

Catamounts, Round trip day
Wednesday, March 3 to March 19: Thursday to Saturday, 8 p.m. and Sunday, 4 p.m.; industry evening: Monday, March 14, 8 p.m.
Dairy Arts Centre, 2590 Walnut St, Boulder
The Catamounts, Boulder’s adventurous, food-loving, community-minded theater troupe, are getting comfortable working under one roof these days — not that their work has suffered on outdoor adventures. Come welcome the group to the Laiterie for its last: Round trip day, a homegrown story drawn by director Tresha Farris from a stew of African, Black and South Carolinian Gullah and GeeChee American fairy tales and folklore. Kept in line by director Lisa Young and a well-chosen cast, this is one kind of unforgettable play that will take audiences away from the usual grind, guided by a 101-year-old matriarchal storyteller named Lettice Boyer. This weekend’s premiere is sold out, so hurry to get tickets, $20-$50, and info at The dairy website.

Know of a big event in Denver? We’ll be updating this list throughout the weekend; send information to [email protected]