One of Wally Byam’s favorite hobbies was hiking and camping, but his wife Marion didn’t share his love of sleeping on the ground in a tent. So Wally decided to find a way to go camping together, where they would be comfortable and also enjoy it, and the Airstream caravan was born.

Wally’s legacy is now on display at the new Airstream Heritage Center at Jackson Center. Visitors are greeted at the entrance to the museum, located at the company’s Ohio headquarters, by a large neon sign that reads Welcome To The Mothership.

Terry Coleman worked full-time as a code and security manager for Airstream. After his retirement, he returned part-time as a receptionist at the head office and was there the very first day the construction of the Heritage Center began.

“It’s ninety-one years of Airstream history, and I was thirty-nine years of that history, so it’s just very special to me,” Coleman said from behind the desk. “It’s just a one-off trailer. Everyone recognizes that and you see them everywhere, and they’re very well built, they hold their value, and people have fallen in love with Airstream over the decades.

Beckam Alison and her brother came today with their grandfather Rick Oral. The trio spent the summer visiting museums in Ohio. “I think they’re really cool,” Beckam told me. “They kind of look like a silver bullet, which is why I love them.”

“When we were at the Neil Armstrong Museum, that was one of the things that astronauts were confined to while they were in quarantine,” Rick added.

Heritage Center curator Samantha Martin says her favorite part of the job to bring the Heritage Center to life were the incredible stories shared by surviving members of Wally’s family, people who went to trailers all over the world, and retired associates who worked in the business for decades. “Just hearing this first-person perspective on what this business and this lifestyle means to them was an incredible experience,” she said.

The museum is full of great vintage Airstreams – some that Wally personally used. One of the oldest models is a 1938 Clipper named Old Grand Dad, the first riveted aluminum silver bullet-style Airstream. This shiny, futuristic metallic shell is what made Airstream caravans so recognizable. “Wally had a saying that the company still embraces,” says Samantha. “Let’s not make changes, let’s just make improvements.” 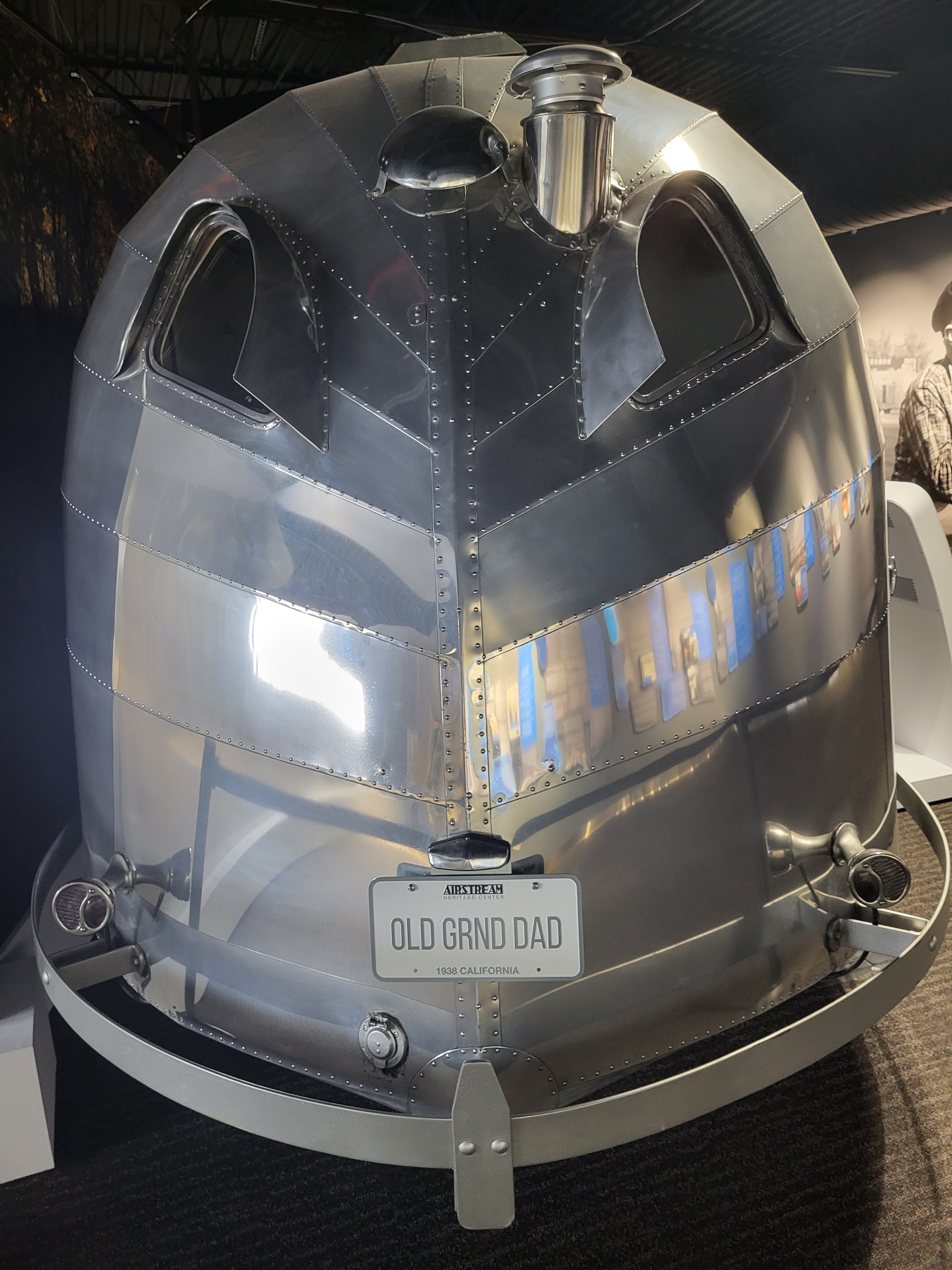 In the 1950s Wally started the Wally Byam Caravan Club International for Airstream owners, and if you ever see an Airstream with big red numbers above the front window, that’s the WBCCI membership number. “Big red numbers, that’s what they’re affectionately called,” Samantha said. Wally started this kind of practical measurement. He drove caravans through Mexico, Central America, Canada and Europe, and he needed a way to number each Airstream so he could tell who was who as they traveled. “It’s become a very important feature of the club,” she says, pointing to a numbered trailer from the collection. “And Wally himself has always been number one. So if you see an airflow with a big red number one, it belonged to Wally.

Molly Hansen is Director of Marketing at Airstream. She was hooked on the brand long before she came here with her first trailer, a 1978 twenty-nine-foot land yacht named Sylvia. “People personify their trailers,” Molly said. “They name them and they really are part of the family. These are life experiences they had and the trailer was one of them. Just being part of a group and people who understand my love of travel, my sense of adventure and my natural curiosity, I think is what makes me proud to be an owner.

This is what Wally called the adventurous spirit.

Traveling in comfort was the idea behind the iconic brand, as Wally explains in this 1954 interview during an Airstream Caravan trip through Canada. “Oh my God, this is the best way to travel in the world. You see with a trailer, you have all your stuff with you. Well, there’s my long-distance radio, there’s my record player, and we’ve got wonderful beds, and we’ve got a good shower, toilet, and bath. My wife has a wonderful little kitchen with a fridge, gas heater and gas cooker, and we have everything with us. It’s just what we call it traveling with 5th Avenue on wheels. 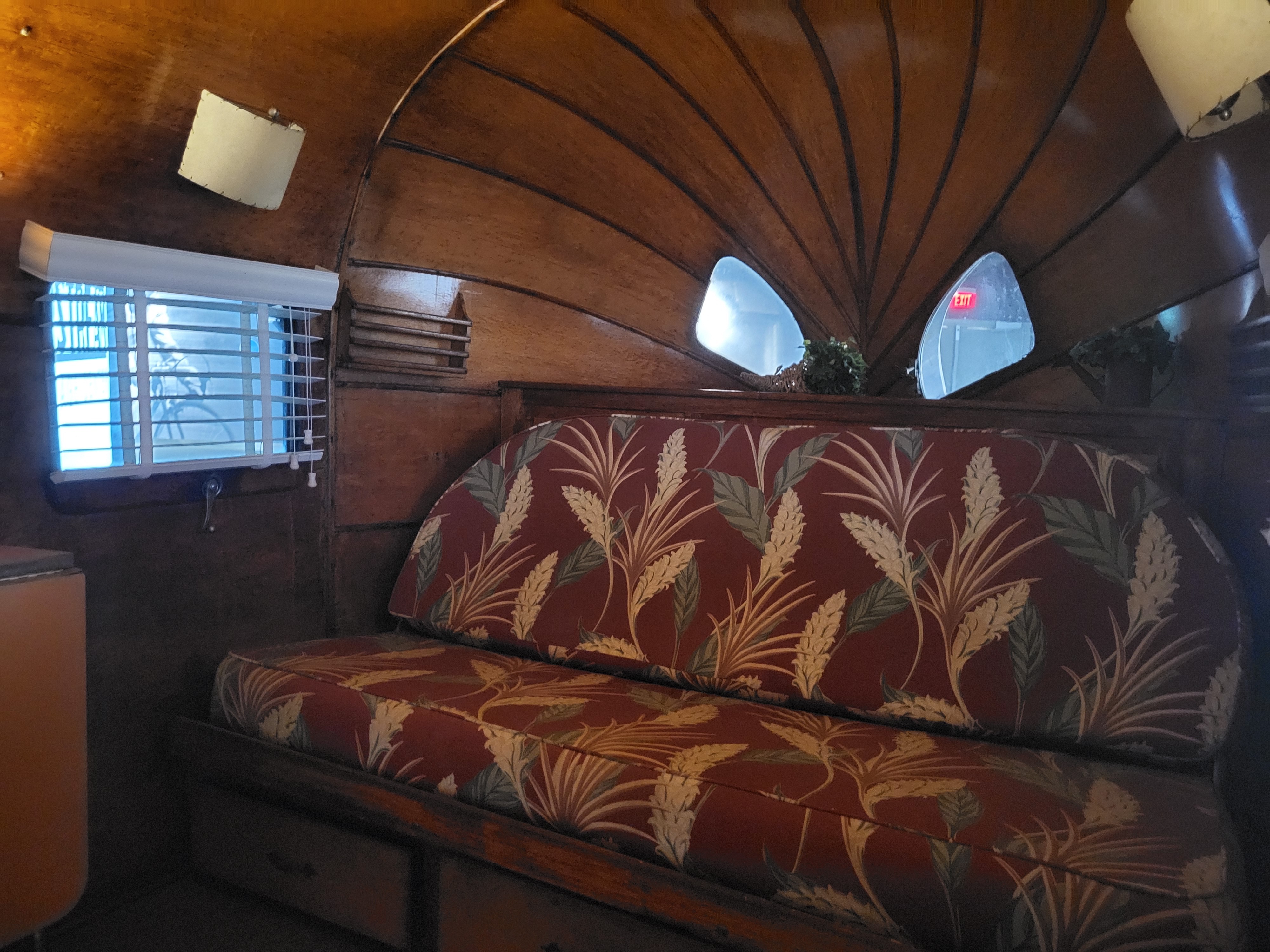 Many of the exhibition trailers tell wonderful stories behind their origins, such as the 1938 Airlite which is tied with Old Grand Dad for oldest Airstream. In the 1930s, Wally was building these little rounded trailers that are now called “canned hams.” “It was his bread and butter,” Samantha said. “And as far as we know, it’s the only Airlite there is and it’s just great to have it here.”

Another museum favorite is a 1948 Wee Wind, which was a 16ft model – the smallest offering Wally produced in the late 1940s.” This one is named Ruby in honor of the original owners. who Harry and Ruby Mann were,” Samantha shared. “And the really interesting thing about Ruby is [that] we have pictures with her with this Airstream in the 40s. And luckily this family kept (the trailer) extremely original – even the upholstery still has the original factory tag, which is quite unknown for a model from the late 1940s. So we are very lucky to have it. We are actually only the 3rd owners. A gentleman by the name of Fred Coldwell, who is a keen Airstream historian, had it for over a decade and kept it and maintained it, and then he wanted it to come here. 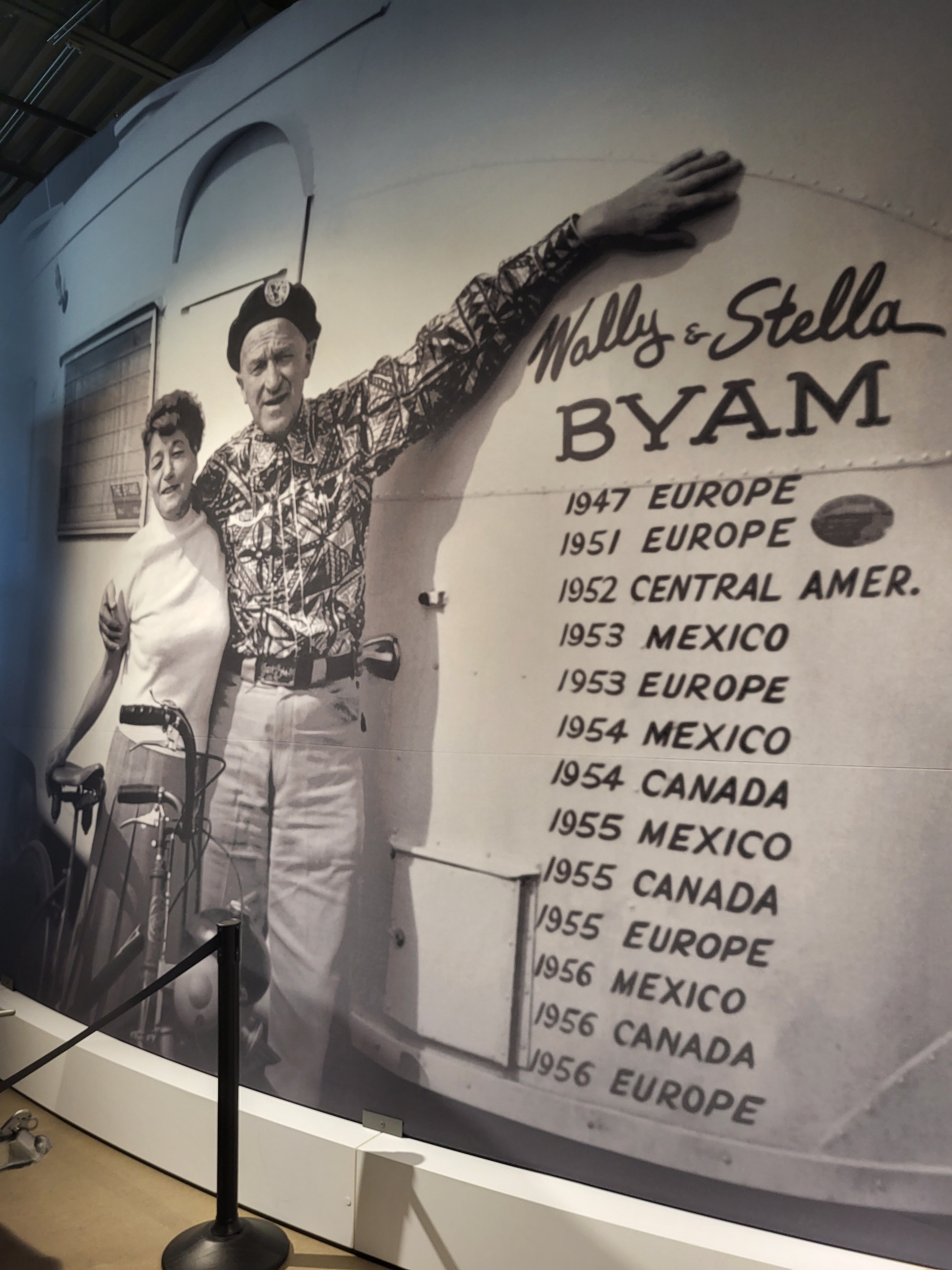 As guests exit the museum, Wally’s recorded words echo through the halls encapsulating ninety-one years of Airstream trailers and memorabilia. “We’ve come a long way, and I won’t say goodbye, because, you know, we never say goodbye on a trailer…but, we’ll see you on the road.”

“This brand, this lifestyle, this community, existed long before those of us who are here now, and hopefully will exist long after us,” Samantha told me as she looked around the museum. . ‘So I think there’s this really cool sense of responsibility, but also an opportunity, to be a steward in the days that you’re here, and to honor Wally’s vision and take it forward today’ today. To honor the Airstreams that came before us and connect them to the Airstreamers of today and tomorrow.

In September, Airstream owners will converge around the Mothership at Jackson Center for the 12th annual Alumapalooza, and while Wally isn’t with us today, his spirit lives on with each new generation.