With the launch of a new rose named “Queen Elizabeth II” for the Jubilee, Steven Desmond looks back on the history of plant names after monarchs.

There is a long history of naming things after monarchs. The current queen, who has been infallibly in office since before I was even born, is therefore blessed with an inordinately long list of ships, buildings, mountain ranges, islands, horse races, locomotives, parks national and, of course, plants bearing his name. It must be difficult to look equally pleased with each of these offerings, but you can be sure that friendly politeness will never fail on such an occasion.

In case it occurs to you to add to this list, know that you can’t just stick Her Majesty’s name on something and be done. There is, as you might expect, an established procedure whereby a committee of worthies reviews each application to ensure nothing inappropriate slips through the net. I know of only one rogue incident, in which former Filipino boxing world champion Manny Pacquiao named his daughter Queen Elizabeth without permission. I’m sure his mistake was made in a spontaneous outburst of royal enthusiasm, so I doubt the committee takes too gloomy a view of his action.

The tradition of naming plants after monarchs has brought us many familiar favorites. Queen Victoria reigned over us for 63 years and is remembered by the rhubarb cultivar ‘Victoria’, bred by Joseph Myatt in 1837, the year of her accession. It still blooms today. You will be delighted to learn that the enterprising Myatt introduced another rhubarb called “Prince Albert” to the public as early as 1840. It too is still widely available. Probably the best known flower to bear the former queen’s name is the red flowering perennial Lobelia ‘Queen Victoria’, remarkably vigorous for such an old plant.

Perennial Lobelia cardinalis ‘Queen Victoria’, with its scarlet leaves and flowers, prefers rich soil and will grow up to 3 feet tall.

Victoria’s son, Edward VII, is commemorated by something we eat every day in the form of the potato bearing his name. It’s not easy to raise a plant in time for such a short reign, but there is something fitting in the form of a starch to remind us of Bertie’s good appetite.

There was an interesting near miss in the naming of the St. Michael’s Daisy aster amellus ‘King George’. The breeder, nurseryman Amos Perry, intended to call him ‘Kaiser William’ when he published his catalog in 1914, but upon consideration decided that ‘King George’ was a safer bet in circumstances. It was an instant hit and is still a favorite today. 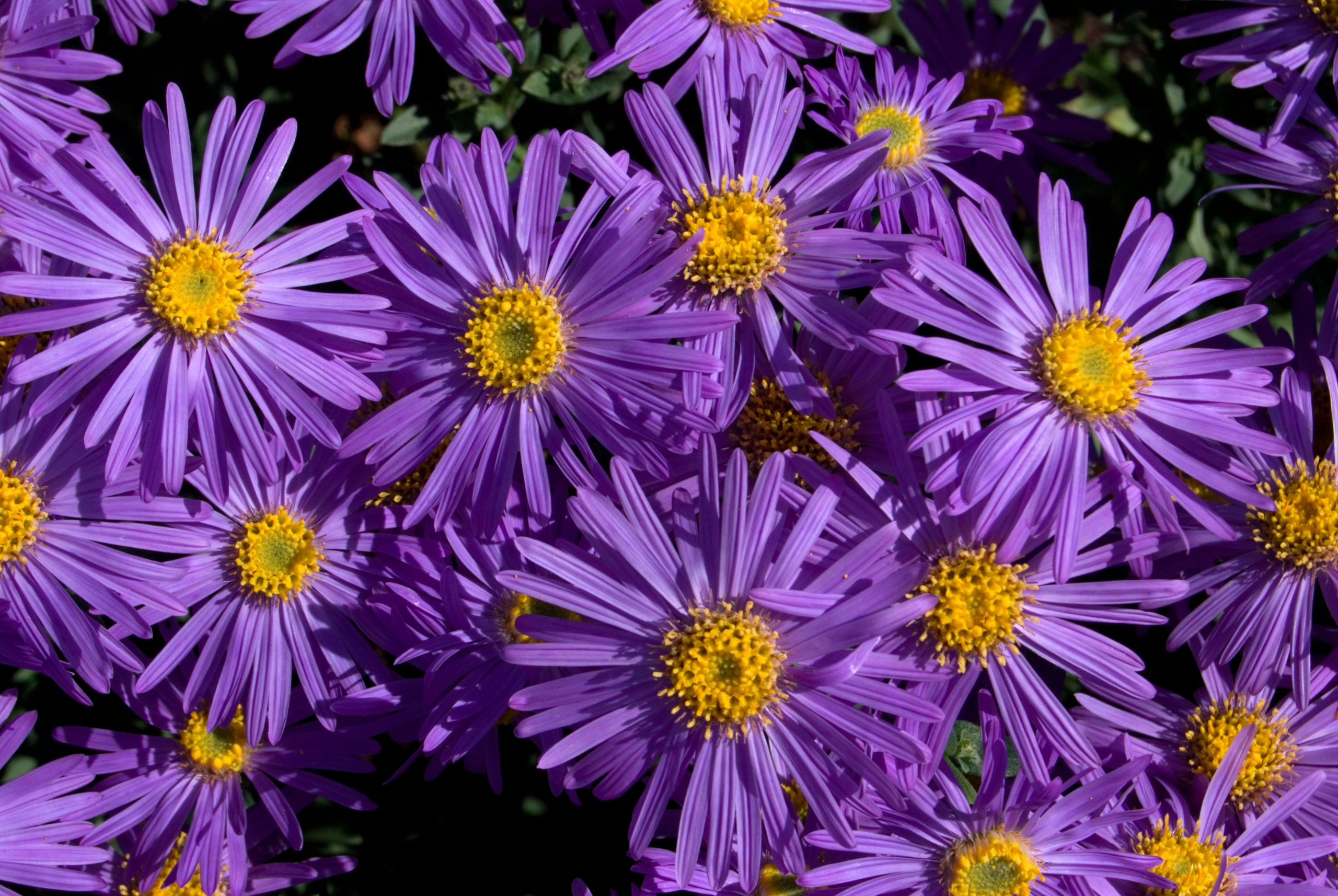 Aster amellus ‘King George’ was almost called ‘Kaiser William’ when nurseryman Amos Perry published his catalog in 1914, but he reconsidered it.

When Elizabeth II became queen in 1952, there was a predictable scramble in the nursery trade to get something lovely named after her. Plant breeding is an exhaustive and uncertain activity, however, and some caution is advised in the final choice, so it was not until the crowning year of 1953 that the Jackman Nursery of Woking in Surrey came up with a new cultivar of clematis montana called “Elizabeth”. This seems to be the pioneer.

Every grower dreads that a plant will fail and nothing can be guaranteed, but clematis montana ‘Elizabeth’ is renowned for its durability, adaptability, health, ease of care, beauty and sweet fragrance, so we can all rejoice in this happy decision. Its vigor has not weakened after all these years and I remember one which, planted on a sunny wall, preferred to climb and live on the shady side, so it even knows how to think for itself. 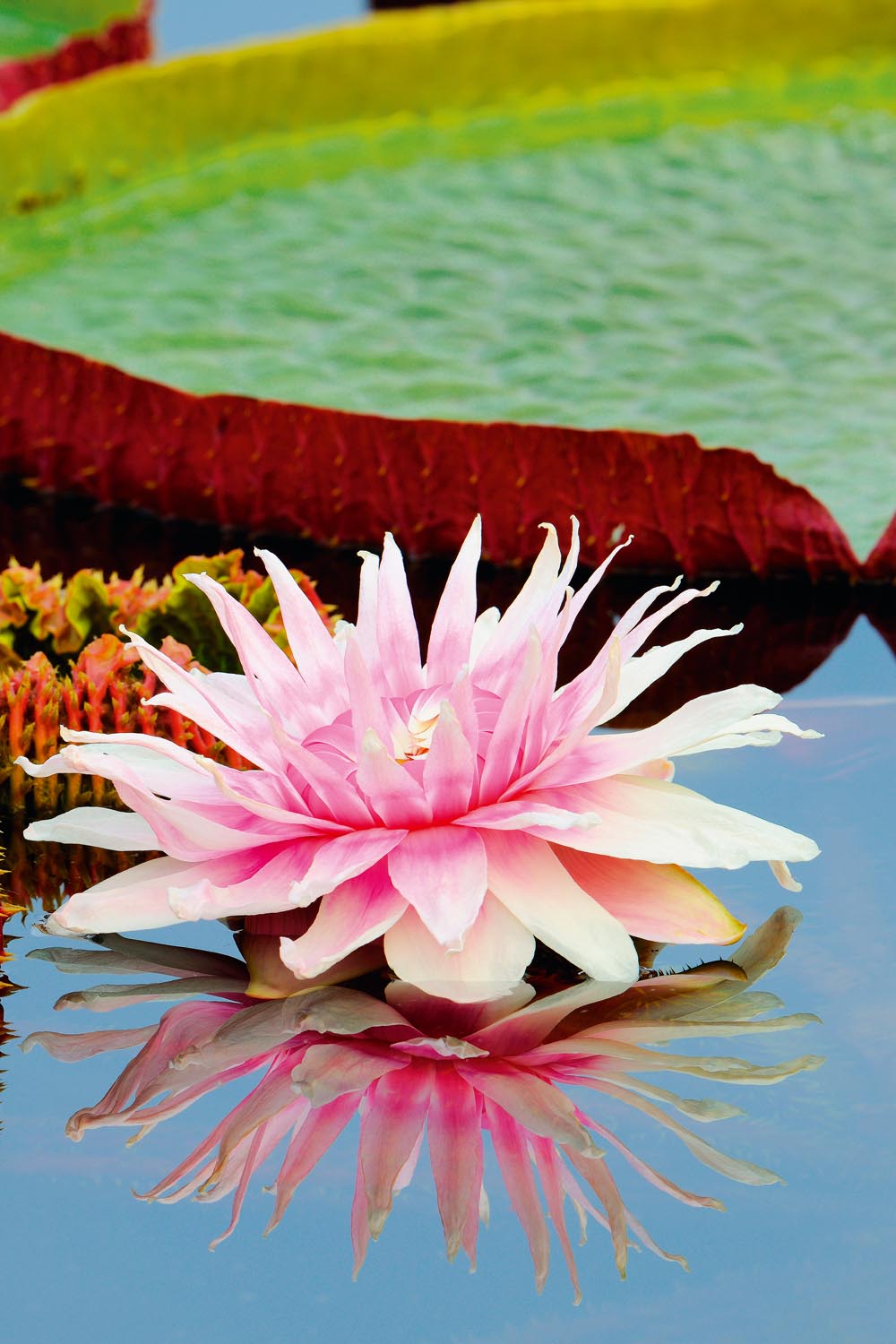 The giant water lily Victoria amazonica is native to northern South America and was named by John Lindley in 1837 after Queen Victoria.

In an unexpected display of royal fervor in Alabama, USA, Crichton’s Longview Nursery introduced a camellia with the beautifully complete title of “Her Majesty Queen Elizabeth II” as early as 1954. Predictably, its Double frilly pink blooms were an instant hit and it remains a good doer.

The big hit of the day, however, was the 1954 introduction of the pink ‘Queen Elizabeth’ rose. Fashions have changed, but, 30 years after its debut, ‘Queen Elizabeth’ has dominated the flower gardens of this country. I worked in a hospital garden in York in 1981 and I remember this rose towering over the others in the pergola framed rose aisle. Its perfectly formed flowers were visible from afar, especially because of its exceptional height. In the summer, I could barely see over it. No less a judge than David Austin has described it as “indestructible”. 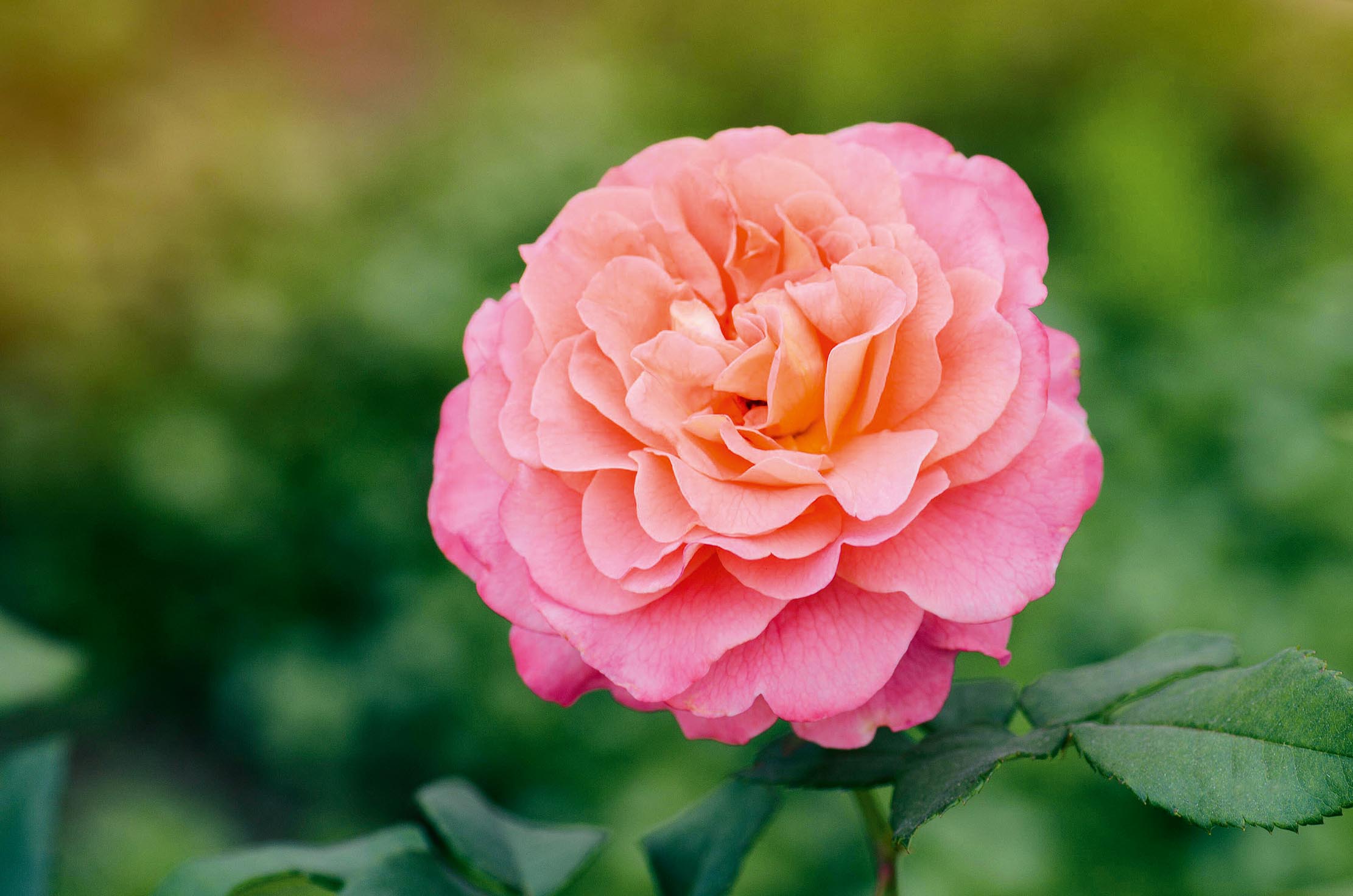 The origin of this famous rose is interesting. It was created by Armstrong’s nursery in Ontario, California, USA, through the enterprising work of breeder Walter Lammerts. He was a pioneer, with a better understanding of genetics than his rivals. As they continued to cross paths with similar and, therefore, closely related roses, Lammerts took the opposite approach. He crossed a floribunda rose called ‘Floradora’ with his own hybrid tea, ‘Charlotte Armstrong’, to produce ‘Queen Elizabeth’, the first Grandi-flora rose. The result had plenty of hybrid vigour, which accounts for this rose’s distinctive height and continued coarse health. It was a great moment in the history of the rose. For many, the confirmation of its good genes is the parallel success of its climbing variant, launched as early as 1957.

After that first wave of success, things naturally calmed down for a while, but plant breeders are still looking to the future, and when the Silver Jubilee arrived in 1977, something decent was in place. That year there was a great outpouring of memorial gifts and I remember throwing the sash away and sitting on the windowsill of my flat in York as the Queen and Duke d ‘Edinburgh walked down the street a few yards away. The contribution from the horticultural industry was a rose called ‘Silver Jubilee’, grown by Cocker Nursery in Aberdeen. The less than catchy name suggests a protracted debate in committee. 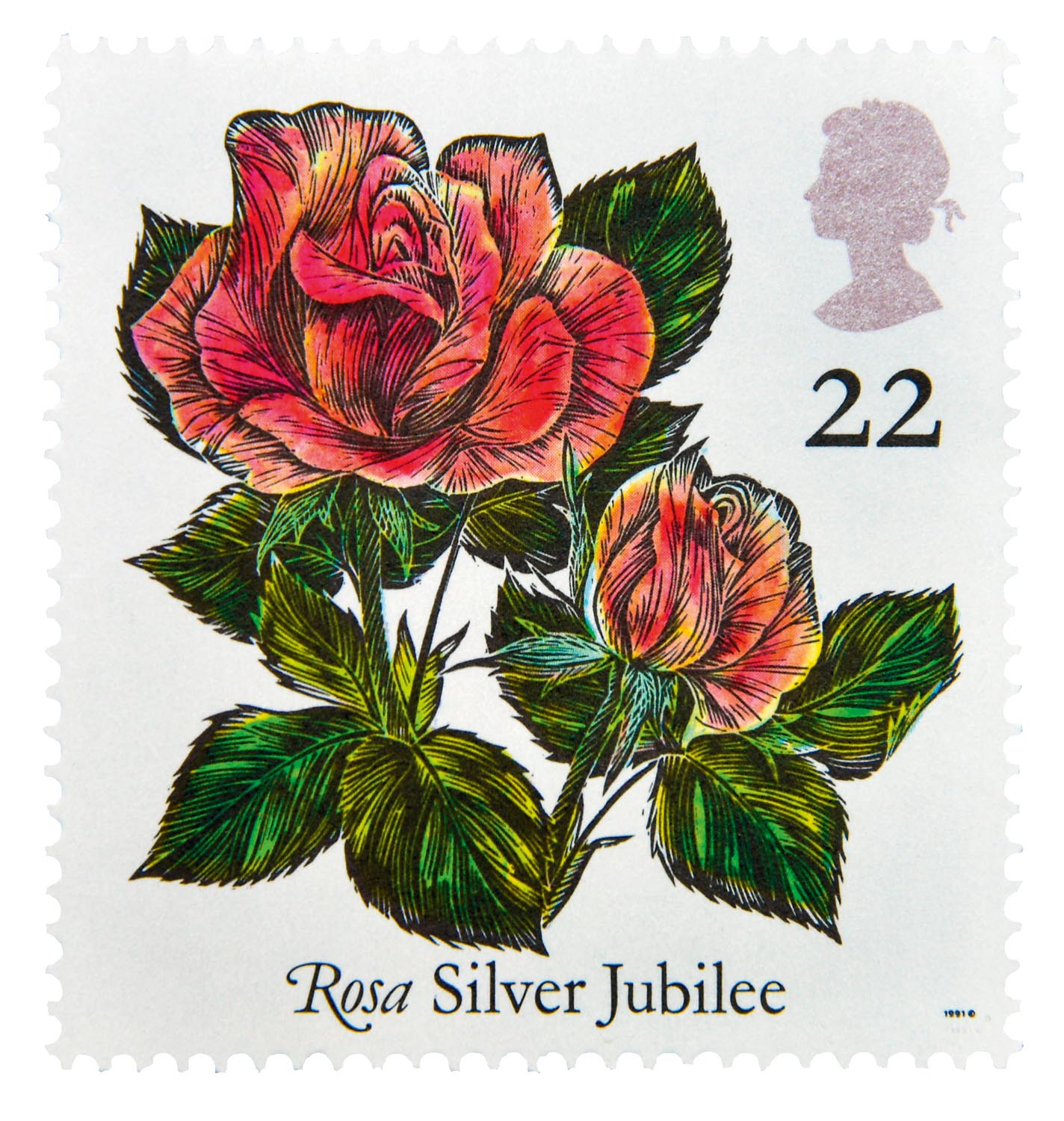 The press at that time was used to the idea of ​​new roses for special occasions and the industry was still obligated. Hitchin’s Harkness Nursery in Hertfordshire produced ‘Queen Elizabeth II Ruby Anniversary’ in 1993, then, as Austin’s modern shrub roses set the tone, its 2002 ‘Jubilee Celebration’ and 2012 ‘Royal Jubilee’ kept the ball rolling. Harkness launched a new rose named “Queen Elizabeth II” in June this year to celebrate the Platinum Jubilee.

There are, of course, other plants besides the roses bearing Her Majesty’s name, although unfortunately no rhubarb so far. One or two orchids have been successful, but I must warn you that they have unwieldy botanical names. Be sure to try Rhyncho-laeliocattleya ‘Queen Elizabeth II’, bred in 2007 by Chadwick Nursery in Virginia, USA, to commemorate not a jubilee, but the 400th anniversary of the founding of the short-lived colony of Jamestown. I’m afraid the orchid itself may have followed the same path, but there’s no doubt that it lives on in a specialist collection.

Those looking to fill their gardens with floral tributes would therefore be best advised to look to the unfailing beauty, vigor and longevity of early debutantes, especially clematis montana ‘Elizabeth’ and the Grandiflora rose almost of the same name. They are as good now as they have been since the start of the current reign. Surely there is a theme here. Long may it continue.

Charles Quest-Ritson, author of the RHS Encylcopedia of Roses, tells you everything you need to know about growing roses.